What's on your mind?

I am trying to center the image for emblem for fuyushima squad here https://worldtrigger.fandom.com/wiki/Fuyushima_Squad

Am I the only one who thinks Amou could be the neighbour who killed Yuma?

Both use black triggers and are held to being strong opponents

The main issues I'm having with this idea is the BBF pages that mention Amou joining 3 years ago, being apart of the Kido faction (that dislike neighbours) and him being in a normal school.

Would really like any extra ideas for or against the idea

The requested citation is page 8 of chapter 123.

Additionally, page 8 of chapter 203 shows that Yuiga is in contention for Osamu's top 5 agents he gets along with outside of his squad.

I feel like uniforms would be something good to have on a squad page. Like, pictures and descriptions of the squad uniform. It would be easy to get the descriptions since they're already detailed on character pages, and the pictures.. yeah. I just think it would be a cool thing to have, and a good reference instead of having to go to multiple character image galleries to try and understand.

Suggestion: include character stats in their infoboxes

Currently the characters stats/parameters are in their abilities subpage. This is fine of course, but I feel like a statistic like this would be useful if it was accessible in their infobox

Should there be a page listing all the trigger loadouts of all the agents, just so its all neatly in one place. The border briefing file has it all, and its in each characters info box

Is there a chance someone could change the text color on dark mode theme to something more readable? I'm not sure how to do it but I did a bit of research and Community Central has a page on it. (If you would like me to more research on how to do it let me know)

We have the actors listed under the infoboxes; we'd have enough information to do an overview. Maybe we should do it after the Osaka performances? (After January 2nd) Probably best to let the anime finish airing before we tackle something else.

As osamu was in a coma for a week (jpn ver says just a week while viz says a little over) and as at least one day as passed between enlistment day(jan 8th) and the day osamu vs midorikawa happened, the afto invasion could of happened anywhere between the 10th and the 20th but due to how on the day of the invasion they seem to be going to school like normal the 11th-13th is cut out(13th would be coming of age day) as well as the 18th/19th which would leave 6 slots max open for the afto invasion so until more proof is shown or ashihara says which day the invasion was on, i made all the dates for everything between Yuma's 2nd round of training (ch 38) to start of afto invasion

There should be a move called Guard. Basically it's like when trion users use shield but it covers your whole body with trion shields, It also enhances speed, strength, by making your guard move with you. Like using Guard to cover your body and make it propels the ground like when your walking on the ground but it gives it a drive to increase strength and speed. Also it obviously increases defense. Lead Bullets won't negates it but it will break a piece of it. You can do layers of guard, it will make it harder to move unless you have a high amount of trion left. I'm not really smart enough to make a suggestion but this seems pretty good and not much detailed.

New Side Effect is called Reflex, basically, fast reflex, but if I had the side effect I would be able to dodge, have good movement, and block any attacks including Lightning(sniper) shots.

You can combine these two things, Guard and Reflex Side Effect. Make a faint guard that you can barely see covering your body, if a lightning(sniper) shoots you, you automatically block it with shield or guard. The character with this side effect should ALWAYS be on guard, with Guard, He/She would react to any harm they think might happen or happen. You can make this ability however you want but has my concept.

The link below has an example

So i was randomly thinking 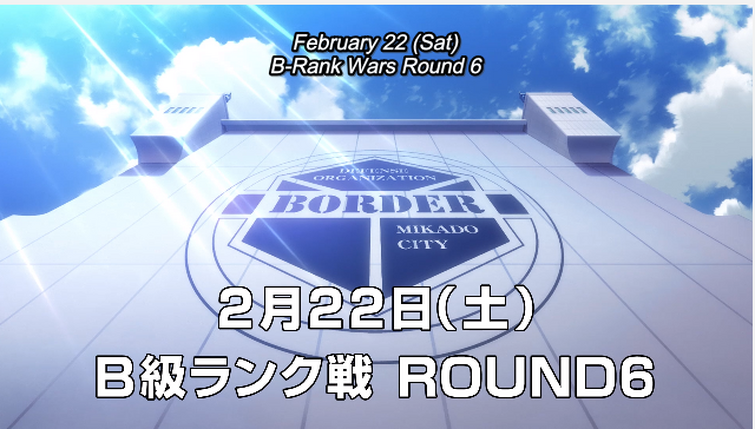 I made a document compiling the known information from the 'candidates for teamwork' polling. https://docs.google.com/document/d/1vNrJDhAu6GpBdHsK1KUZLJtnSZSDloyqtDBVHiY5OVk/edit

I know probably like 2 people actually care, but the tabber to gallery conversion is nearly done. If you still wish to assist I believe only non Border characters need to be done. Thank you and here is some code you can run if you wish to do it more easily https://code.sololearn.com/WA11A7a20A10

So in the Discord today @Reiji-Reinhard decided we should make them into tabbers. This is especially useful for large galleries like Osamu. Below I will paste a blank template code if you wish to help me and others update all the galleries, reminder I still need some help updating character Anime/Manga tabbers.

Please remember to put an extra line break between each closing gallery tag and next title for extra readability.

I've been fixing some character tabbers, and I've noticed when replacing a space with an _ it only seems to works for pngs? I will do some further testing but for now I think it'd be best if people uploaded pics as pngs or with no spaces.

But i need some people to develop the template, css, js and so on

If there is somebody can help me ill be very thankful