Shinoda continues his battle with Enedra. Through combined efforts, Kikuchihara and Utagawa manage to defeat him.

Mikami reveals that Vorvoros's weakness lies in the fact that he has his brain transmission and supply organ are vulnerable. To make up for it, he has many "dummies" to hide his weak spots. The Trigger can also create hardened spikes by sending them through cracks in the ground, as well as liquefy and gasify. Tsutsumi turns on air conditioning to mess with Enedra's smoke, Shinoda uses Senkū to attack every cube, but to no avail. Enedra moved away, and then attacked Shinoda in the windward direction. However, Tsutsumi and Suwa begin to attack, in order to use Starmaker to tag his Trion vitals. Sasamori then uses himself as a sacrifice to distract Enedra, allowing Kikuchihara and Utagawa to simultaneously attack his Trion vitals, defeating him.

Mira informs Hyrein of Enedra's defeat, to which he gives her permission to withdraw him. 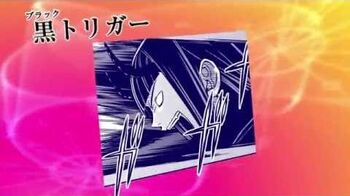