Osamu, with Replica's help, flees from Hyrein with difficulty, but Hairen contacts Mira and they end up cornering him. Miwa then shows up, declaring that he would battle the Neighbors alone.

Osamu and Replica hide from Hyrein. Replica sends a part of it to unlock the entrance to the HQ (if it was not already), while the main body stays with Osamu to help him protect himself from Hyrein's attacks. Replica informs Osamu about Alektor's weakness of only affecting Trion, AND guides Osamu through houses to hide from Hyrein.

Hyrein sees this and requests Mira to come to him and let the Rabbit break-in. She complies, and the Rabbit begins to attack the building, while the snipers aim at it. Meanwhile, Mira uses her marker on Osamu to allow Hyrein to send his fish through. While Osamu evades them, he steps on jellyfishes created by Hairen, which causes his foot partly liquefy. The partly-crippled Osamu is blasted out of the houses, while Replica's clone is destroyed by Mira.Due to Alektor and Speiraskia both being Black Triggers, Replica advises Osamu to run so that Yūma or Jin could come. However, Miwa arrives, intent on killing Hyrein. Osamu requests that Miwa takes Chika's cube to HQ while he fights the Neighbors. Miwa reminisces about the moment his sister died, and how he begged Jin to save her. He then kicks Osamu's belly, throwing him away, and tells him not to depend on others. Hyrein questions his actions, and Miwa declares that he would kill Hyrein himself. 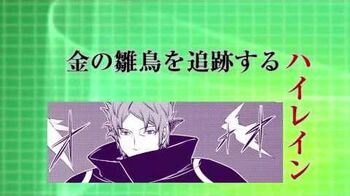